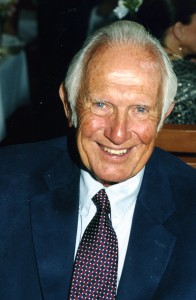 The following colleagues of Dr. Casier share their memories: