Under the leadership of then-President Peter R. MacDougall, Ed.D, the Leonardo Dorantes Memorial Lecture Fund was established in 1990 under the auspices of the SBCC Foundation. The lecture honors the memory of a second-year SBCC student and Mexican immigrant, Leonardo Dorantes. Celebrated as a motivated student, respected by peers and professors alike, Leonardo died in a race-related tragedy in November of 1990. The lecture series seeks to heighten awareness and understanding of racial and ethnic diversity in our society, politics, and culture. 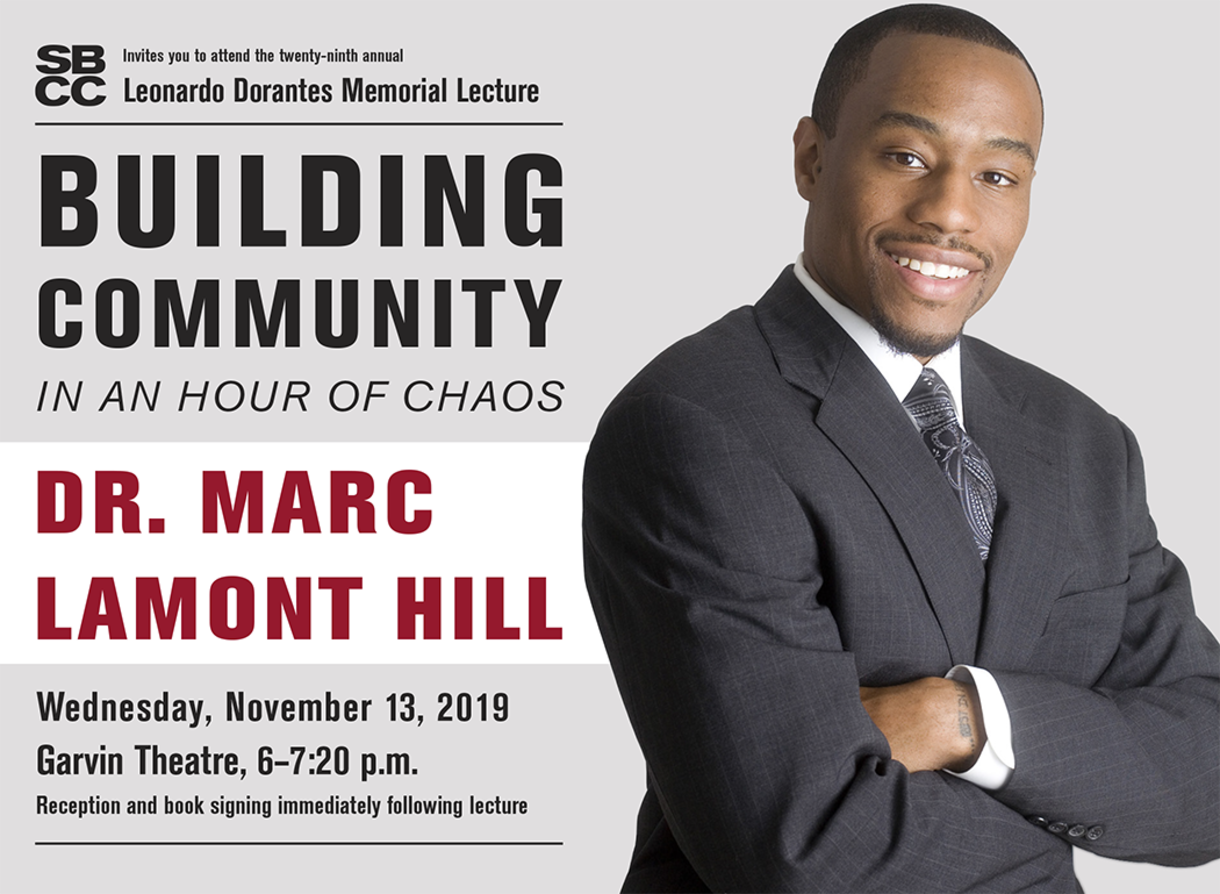 Dr. Marc Lamont Hill is one of the leading intellectual voices in the country.

He is currently the host of BET News and a political contributor for CNN. An award-winning journalist, Dr. Hill has received numerous prestigious awards from the National Association of Black Journalists, GLAAD, and the International Academy of Digital Arts and Sciences.

Dr. Hill is the Steve Charles Professor of Media, Cities, and Solutions at Temple University. Prior to that, he held positions at Columbia University and Morehouse College.

Since his days as a youth in Philadelphia, Dr. Hill has been a social justice activist and organizer. He is a founding board member of My5th, a non-profit organization devoted to educating youth about their legal rights and responsibilities. He is also a board member and organizer of the Philadelphia Student Union. Dr. Hill also works closely with the ACLU Drug Reform Project, focusing on drug informant policy. Over the past few years, he has actively worked on campaigns to end the death penalty and to release numerous political prisoners.

Ebony Magazine has named him one of America’s 100 most influential Black leaders.

Dr. Hill is the author or co-author of four books: the award-winning Beats, Rhymes, and Classroom Life: Hip-Hop Pedagogy and the Politics of Identity; The Classroom and the Cell: Conversations on Black life in America; the New York Times bestseller Nobody: Casualties of America’s War on The Vulnerable from Ferguson to Flint and Beyond; and Gentrifier. He has also published two edited books: Media, Learning, and Sites of Possibility; and Schooling Hip-Hop: New Directions in Hip-Hop Based Education.

Trained as an anthropologist of education, Dr. Hill holds a Ph.D. (with distinction) from the University of Pennsylvania. His research focuses on the intersections between culture, politics, and education in the United States and the Middle East.