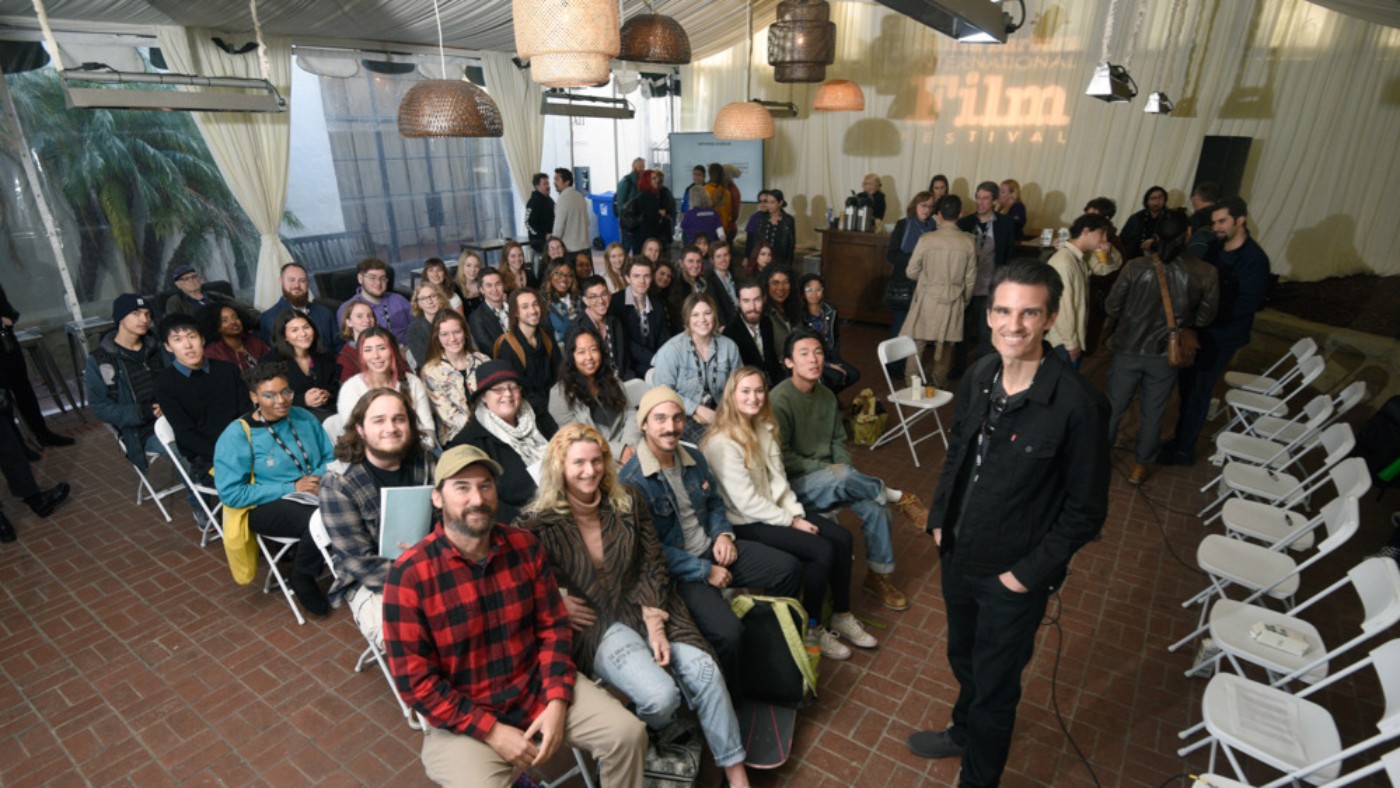 Welcome to Film and Media Studies

News for Spring 2021:
Many classes to choose from!
Including: (full list of classes available here)

Film and media are ever-present in our world today in various formats, whether in film theaters, on television screens, on handheld devices, or online. Film and Media Studies explores the theory, criticism and history of motion pictures and of continually evolving media platforms that shape and influence our everyday lives.

The Film and Media Studies Department at Santa Barbara City College offers a wide variety of courses designed for film majors and interested non-majors who wish to enhance their knowledge and appreciation of film and media as part of their undergraduate education. Students are exposed to a vast array of films from the classic to the contemporary, including both American and international works.

The goals of the Film and Media Studies Department are for students to articulate and demonstrate an understanding of the history of U.S. and world cinema, in relation to filmmakers, style, movements, film industries and genres, as well as an understanding of the theories and critical models of cinema, in relation to auteur studies, styles, movements, genres and social ideology, using film terminology and standard English in written and oral presentations. Students are prepared to continue their studies in upper-division coursework and pursue baccalaureate degrees in such majors as Film Studies, Cinema and Media Studies, Film and TV Production, Communication Studies and others. Film and Media Studies courses articulate to UC and CSU campuses, as well as other 4-year universities.

SBCC Students are able to immerse themselves in film and media research and analysis in an academic setting, as well as in current film industry practices. The Film and Media Studies Department offers a vast survey of courses on-campus, online as hybrids; internationally through Study Abroad and at film festivals, such as the Santa Barbara International Film Festival, AFI Fest in Hollywood and the Los Angeles International Film Festival. Students also have the opportunity to gain practical work experience through the Film and Media Studies Internship Program at various film festivals.

The required courses in the Film and Media Studies track are designed to provide students with an introduction to film and media literature, film and media criticism and theory, a basic knowledge of film history and the motion picture industry, and a familiarity with major directors, actors and practitioners of cinema. Electives enhance this course of study by exposing students to the principles, technology and techniques of motion picture and media production.

The Film and Media Studies Department at SBCC has an excellent record of course articulation and student transfer to the University of California and campuses throughout the CSU system, as well as top four-year film schools such as UCLA, USC, NYU and Chapman University.

1. Articulate and demonstrate an understanding of the history of U.S. and world cinema, in relation to filmmakers, style, movements, film industries and genres, using film terminology and standard English in written and oral presentations.

2. Articulate and demonstrate an understanding of the theories and critical models of cinema, in relation to auteur studies, style, movements, genre and social ideology, using film terminology and standard English in written and oral presentations.

Join our Film Studies community by joining our club or writing film reviews!

Want to learn more about Film Studies at SBCC? Let us know!